If you are interested in growing native plants in your garden, and enjoy walking in the bushland to see where they grow in the expansive natural areas of the Moreton Bay region, then the Pine Rivers Branch of Native Plants Queensland is the community group you have been searching for!

We meet every month, so do join us at one of our events.

Each month between the quarterly meetings we get together on the third Saturday morning, meeting at 9.00am in parks and in members gardens to inspect and learn about the wealth of plants found throughout the Moreton Bay region.

Bring your morning tea and lunch to enjoy under a shady tree or on a riverbank. Everyone is welcome to any or all of the meetings but remember to bring plant specimens from your garden to show and tell. Bring any potted plants for the Plant Exchange. Or if you have any plant problems or unexpected garden surprises bring them along for discussion too.

Please check the Calendar (link above) for details on upcoming meetings, including speakers and venue.

On the third Sunday afternoon in February, May, August & November we meet at St Faiths Anglican Church, 1 Sutherland Drive, Strathpine at 1.00pm.

We have a guest speaker to tell us about some interesting aspect of native plants. Members also share their knowledge gained from growing Aussie plants in their own gardens. You will find out the name of plants you may have seen locally in flower that members bring to ‘show and tell’. You may be able to win that special plant from the Plant Exchange.

The inaugural meeting of the Pine Rivers Branch of SGAP was held on 11th February 1976. Thirty-three people attended and Lawrie Smith was elected Chairman and Jan Sked Secretary. Pine Rivers has always been a very progressive and innovative group. It is situated on the edge of the metropolitan area and consists of a diverse community of city and country dwellers, ranging from the mountain tops to the shores of Moreton Bay.

In 1981 Pine Rivers Branch elected to become an Affiliated Organization within the SGAP Queensland Region. However, they became a Branch of SGAP once again on 8th April 1991.

In 1982 Pine Rivers conducted the first of its immensely popular Safari Tours. This one was to the Kimberleys. This successful venture was followed by others – to the Kimberleys again in 1983, Kakadu and Ayers Rock in 1984, Western Australia in 1986, Tasmania in 1988, the Gunbarrel Highway in 1990 and the final Frontier Country Safari in 1992, which was an extensive tour of the Top End and the Kimberleys.

During Easter 1991 Pine Rivers hosted a Regional Conference with the theme – Back to Basics. 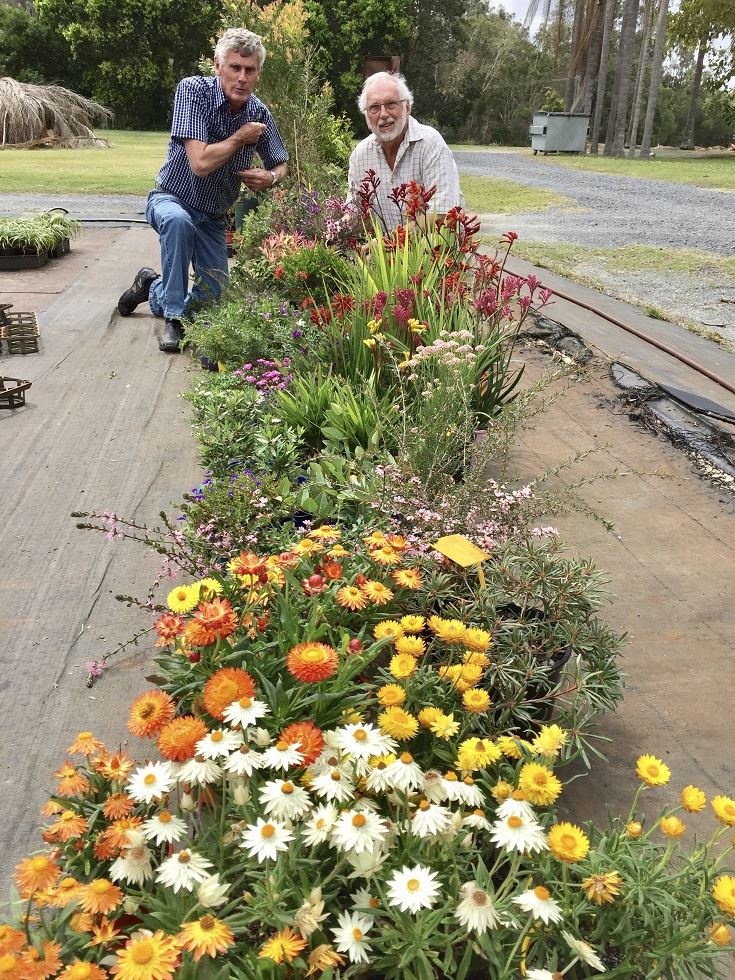 Bob and Lawrie assemble specimens for the Spring Flower Show 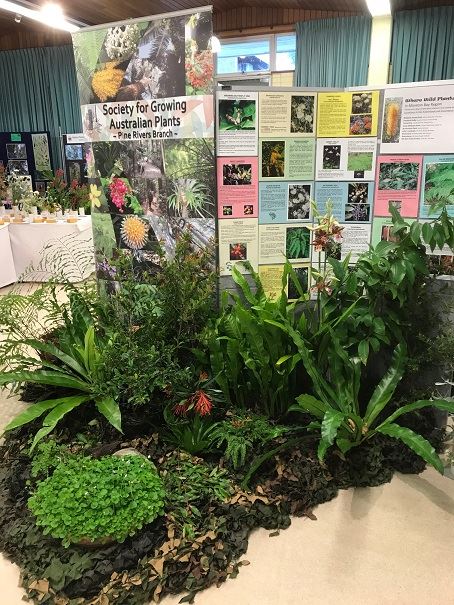 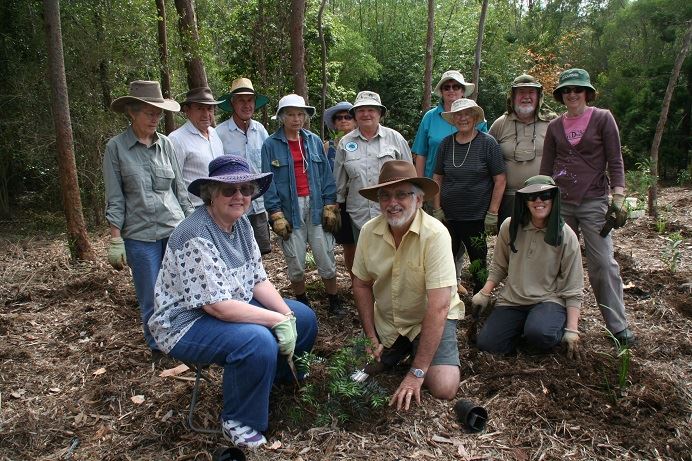 Are you are interested in learning more about Australian plants, and how to grow native plants suitable for your home garden or local community project? Would you like to support the conservation of our native plants and their habitats?

You are welcome to attend a meeting as a visitor and learn about Native Plants Queensland membership. 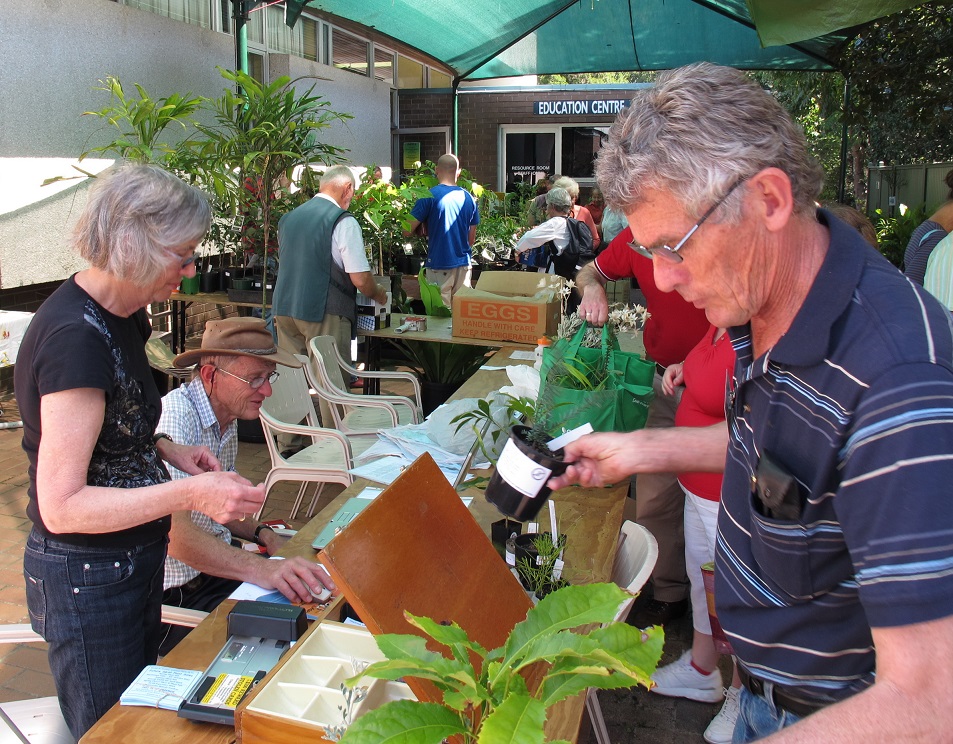 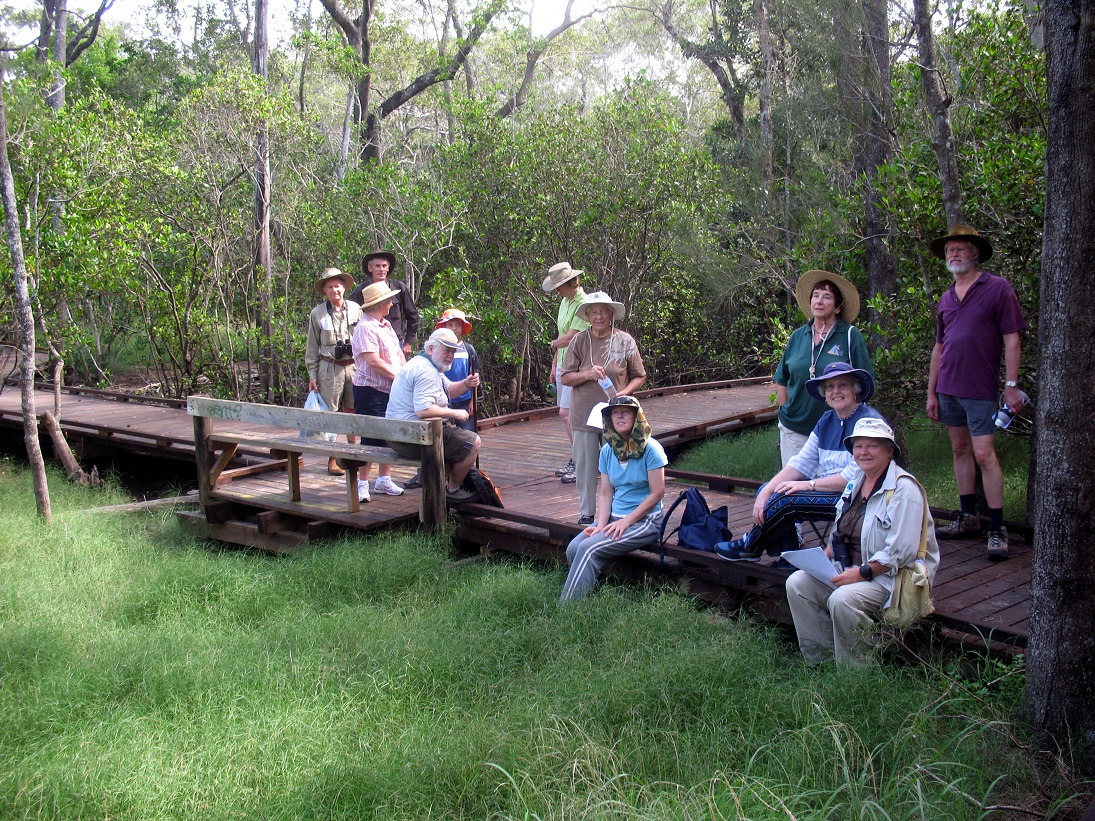